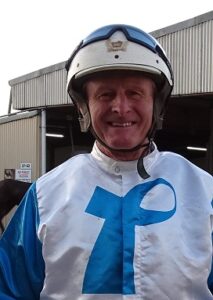 “I wouldn’t have a clue what year it was,” Smith declared. “It was at Port Pirie I know that!

“Rogan Josh was one of the horses I won with, but I can’t remember the name of the other two of the top of my head.”

Some quick research brought the information to light, with Smith’s previous treble recorded on January 29, 2010.

Smith was triumphant with Rogan Josh, Mythical Beast and Vallain.

“Now I remember,” Smith said. “I ended up training Vallain towards the end of his career.”

As for his latest treble, Smith was successful with Regal Assassin, Ready To Rock and Steam Cleaned.

While the opening pair were favourites, the Bronte Giorgio-trained Steam Cleaned was the rank outsider at $51 on the Tote.

“I went into the night thinking I had a couple of handy drives,” Smith said. “Steam Cleaned was a surprised for sure.

“The problem he’s been having is he hasn’t been getting on the gate which is why he is out of the draw.

“Bronte told me a few things about him and it was pretty much Bronte driving with me.”

Rating 1:57.5 over 1800 metres, Steam Cleaned scored by a metre-and-a-half from Waitpinga Lad, with In Shoobees Shoes three-and-a-half metres away third.

“The ability is there, it’s just his waywardness with the gate that’s the problem.” Smith said. “It worked out for him last night and he showed what he is capable of when he’s on his game.”