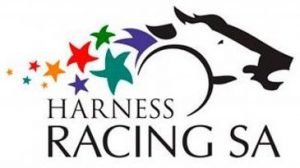 Harness Racing South Australia is thrilled to announce the recommencement of the Australian Drivers’ Championship, at Globe Derby Park.
A spring date has been set for the championship, Saturday evening September 17. This will be the first running of the event since 2019, due to the pandemic.

This is a great coup for the local industry in South Australia, and HRSA CEO Dean Elliott is buoyant about the prospect of relaunching the event “This is a wonderful announcement, with many thanks to Harness Racing Australia for their support in relaunching such an important event on the calendar. Our local industry will embrace this opportunity to have a national spotlight on the state, which is all about celebrating Australian Harness Racing and some of its best drivers.” He goes on to say, “Cementing a spring date without any major clashes on the national schedule was also an important feature to achieve, which will ensure that some of our best drivers go head-to-head at Globe Derby, a track that rewards tactical brilliance and provides viewers with a dynamic style of racing.”

Below are some features of the championship, with more announcements and details to come throughout July.

➢ Each state to be represented by two (2) drivers of their choice, totalling twelve (12) representatives
➢ Eight (8) Championship races, with each driver allocated six (6) drives on a random draw basis
➢ Nine (9) horses + emergencies per race
➢ Up to four (4) additional races on the program
➢ Each state to sport their own sets of racing colours
➢ The winning driver will have the opportunity to be nominated for the 2023 World Drivers’ Championship in Italy
➢ Prizemoney offered will exceed Saturday maximum levels
➢ Each championship race will be penalty free, and open to horses trained within and outside of SA 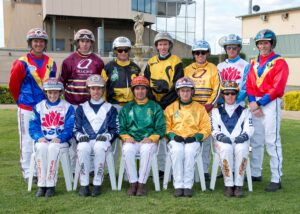 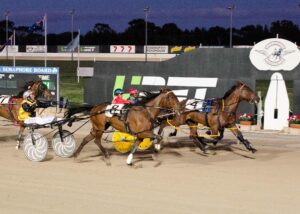