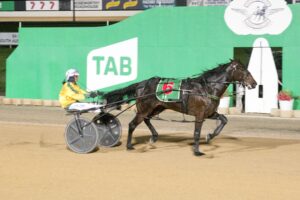 The yearling sale in South Australia has been a consistent source of winners around the country in the last few years.

Undoubtedly the best performed sale graduate has been Pandering, the winner of five of his eight starts and $103,700 including the inaugural The Allwood in 2019.

The 2022 Silver Salver SA Yearling Sale will be held on Sunday, March 27, starting at 2pm at Globe Derby Park.

The sale of yearlings will be followed by an all aged section.

SAMOS certificates up to $1,500 can be used towards purchasing of fillies at the sale.

Printed copies of the catalogue are available at Globe Derby Park and country trotting tracks.

The online catalogue can be viewed here

For a catalogue or further information contact sale co-ordinator Gary Newton on phone 0402 978 424.