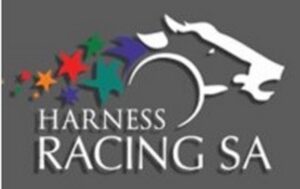 Please see below recent penalties from the last weeks racing in SA.

For full explanation on penalties (and supplementary reports) please go to: https://www.harness.org.au/sa-stewards-reports-index.cfm

In the matter of an Appeal by Ms Heather Stevens against a decision of Harness Racing SA Ltd Stewards.

Stewards have concluded an Inquiry into the circumstances that analysis of a post-race blood sample taken from the registered horse MASTER CARIBBEAN detected the presence of the substance, Tramadol.

CHARGE – On Monday 31 January 2022 at Globe Derby Park in Race 8 you Tayla Warren did present the horse MASTER CARIBBEAN when not free of a prohibited substance, being in contravention of Rule 190(1).

Having considered the Trainer’s submission on penalty and subjective matters, Stewards determined Ms Warren be disqualified for a period of six (6) months to commence immediately.  In arriving at the penalty Stewards acknowledged the Trainers previous good offence record and her general cooperation.